The Long and Faraway Gone 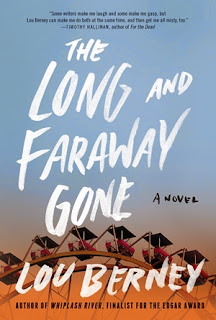 An Interview with Lou Berney

What do you love the most about writing?

What I love most about writing is that moment – it might come early in the process, it might come late – when a character really comes alive, when he or she starts doing and saying things I don’t expect. For me, that’s the real magic in the process, that characters can actually surprise me. It doesn’t make sense, I know, but it happens. When the characters are leading and the writer just following, that’s when you know a book is working.

What is your biggest daily challenge?

My biggest challenge is forcing myself to sit down and write when the writing isn’t going well. There are plenty of days, during the year or year and a half it takes me to write a novel, when I want to do anything but write. I mean, I’d rather go to the dentist and have a cavity filled, absolutely. Two or three cavities, take your time, doc! But I’ve learned over the years that unless I sit down and write when the writing isn’t going well then it’s never going to go well. It’s like there’s this beach, and the sand is blistering hot, and there are sharp rocks and thorns, and you’re barefoot. Not fun. But if you want to get into that cool, beautiful ocean on the other side of the beach, you’ve got no choice but to start walking.

What do you like to do when you’re not writing?

I love to travel. My wife and I save our frequent flier miles and have been all over the world (we went to Colombia last year, for example; this summer we’re going to South Africa). It’s such an exhilarating rush for me to explore a brand new city or country, and I almost feel like travel gives me heightened superpower senses. I observe more, notice more, little details and nuances. I’m more aware of every bite of food I take and scent that drifts past. And travel slows down time too, which is pretty cool. A week at home zips by, routine, while a week in another country – where everything’s new to me and I’m paying attention every minute of the day – feels like a year. An awesome year!

Do you have any unique talents or hobbies?

My sister is an artist and art teacher, and she introduced me to clay. I find working with clay really relaxing, so whenever I have a chance I do that. I make small, strange clay heads that are kind of like gargoyles and kind of like characters from The Simpsons.

Synopsis of The Long and Faraway Gone

With the compelling narrative tension and psychological complexity of the works of Laura Lippman, Dennis Lehane, Kate Atkinson, and Michael Connelly, Edgar Award-nominee Lou Berney’s The Long and Faraway Gone is a smart, fiercely compassionate crime story that explores the mysteries of memory and the impact of violence on survivors—and the lengths they will go to find the painful truth of the events that scarred their lives.

In the summer of 1986, two tragedies rocked Oklahoma City. Six movie-theater employees were killed in an armed robbery, while one inexplicably survived. Then, a teenage girl vanished from the annual State Fair. Neither crime was ever solved.

Twenty-five years later, the reverberations of those unsolved cases quietly echo through survivors’ lives. A private investigator in Vegas, Wyatt’s latest inquiry takes him back to a past he’s tried to escape—and drags him deeper into the harrowing mystery of the movie house robbery that left six of his friends dead.

Like Wyatt, Julianna struggles with the past—with the day her beautiful older sister Genevieve disappeared. When Julianna discovers that one of the original suspects has resurfaced, she’ll stop at nothing to find answers.

As fate brings these damaged souls together, their obsessive quests spark sexual currents neither can resist. But will their shared passion and obsession heal them, or push them closer to the edge? Even if they find the truth, will it help them understand what happened, that long and faraway gone summer? Will it set them free—or ultimately destroy them?

Read an excerpt of The Long and Faraway Gone:

But Wyatt had already told Gavin that he’d do the favor for him.

If he tried to back out now, Gavin would want to know why.

Wyatt ran through the lies he could tell. He knew that Gavin would buy none of them.

Wyatt’s mouth tasted stale from the coffee he’d had with breakfast, so he scooped water from the faucet and rinsed his mouth.

He returned to his desk and sat back down.

“So a guy from Omaha goes on a business trip to New York City,” he said. “The guy he’s meeting takes him out to dinner. They have a couple of steaks. Amazing steaks. Prime porterhouses,
dry-aged. But expensive—this is New York City after all.”

Gavin finished writing a check and tore it out of the book.

“This is for a week, double your rate plus expenses. Don’t say you never did nothing for me.”

“The guy from Omaha says, ‘You know, if we were in Omaha right now, these steaks would only cost ten bucks.’ The guy from New York City just looks at him and says, ‘Yeah, but we’d be in
Omaha.’ ”

“That’s why you’re going, not me.” Gavin stood. “Oklahoma. Shit. What’s in Oklahoma? The wind sweeping down the plains. Have a nice trip.” 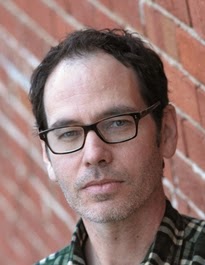 Lou Berney is the author of two previous novels — Whiplash River, nominated for an Edgar Award, and Gutshot Straight, nominated for a Barry Award — as well as the collection The Road to Bobby Joe and Other Stories. A television and film screenwriter, he also teaches writing at the University of Oklahoma and Oklahoma City University.